Bomaderry takes its name from the Aboriginal word bunbaderra, which means both ‘fighting ground’ and ‘running water’.

It is the terminal for the South Coast rail line linking the Shoalhaven to Sydney.

Established on 24 May 1908 and run by the Bomaderry United Aboriginal Mission, Bomaderry Children’s Home was one of the first institutions in New South Wales established for Aboriginal children who were forcibly taken from their families [1].

Bomaderry Children’s Home was the beginning of institutionalised life for many members of the Stolen Generations. It housed babies and young children up to the age of 10. After that age they were considered old enough to be moved on to Cootamundra Girls’ Home or Kinchela Boys’ Home.

Their childhood world was changed overnight when they were moved without any warning.

Children in Bomaderry Children’s Home were told their parents were “dead” or “unknown”. They were not allowed to have visitors or talk in their mother tongue. They could only leave by going to another institution.

These children thought the matrons were their mothers, and they were taught that they were white and to assimilate. Children learned to be matrons, but not mothers.

Aboriginal people who were held at Bomaderry say that they can never forgive the government for their policy of removal which had placed them there, nor could they forget the impact it had on their lives.

No-one knows how many children were affected by living there. Bomaderry Children’s Home was a private institution, and secretive. Records are rare and many were destroyed. In 1922 there were 45 children at the home, in 1924 there were 36 children [2].

Bomaderry Children’s Home closed in 1980. A plaque commemorates the 100th anniversary of the Home in May 2008.

The Bomaderry Aboriginal Children’s Home has strong social significance for the former residents and for the families and communities from whom the children were removed. Former residents have strong memories and feelings from their time spent in the home and some speak of a sense of healing when they return.

Bomaderry was a place of physical, mental, cultural and spiritual abuse. I have an emptiness that will never be filled..—Dianne Jarrett, member of the Stolen Generations [1]

“I have been waiting for mum all my life”

Diane tells about the impact of assimilation on herself and her family [1].

“I was three when my mother placed me in Bomaderry Infants’ Home. My mother was assimilated to the point that she had no confidence in herself.

Mum had also been taken from her parents and the institutions succeeded in confusing her about her identity and her capability as a person.

Many women felt that their only option was to put their children back in the system they had just come out of themselves.

They were totally brainwashed. I feel and understand my mother’s guilt.

By the time they sent me home, it was too late. Me and my mother will never have a close relationship. It is very hard for me to repair the damage that was done.

As a child I had waited in the Infants’ Home for 10 years for my mother to come back to pick me up.

I have been waiting for her all my life.”

The Environment and Heritage Department of NSW describes the site as follows [2].

“In an open area between the surviving houses and Brinawarr Street the remains of the original cottage dormitories can be seen in pathways and remains of footings. These cottages had termite infestation and were demolished and burnt over a period from 1964 to 1972.

There are five existing houses on the property dating from the 2nd phase of the United Aborigines Mission occupancy period from 1964 to 1988. These are constructed of fibro/ asbestos sheet with aluminium framed windows and corrugated metal roofs. One house is currently used as an office by the Nowra Local Aboriginal Land Council, and an original cottage from the 1st phase (1908 to 1964) that was moved on the site to its present location during the 2nd UAM phase. It has some features including many original windows and doors but has been opened up internally for office use.

Two smaller weatherboard buildings were originally used as wood sheds are located between the houses. There are two large and one smaller colorbond sheds which have been erected since 1996 at the northern end of the site.

The dormitory buildings from the 1908-1964 period have been demolished, but the interconnecting paths and some footings are still evident. The area should be treated as an archaeological zone.

The five surviving 1964 -1973 “contemporary cottages” are in good condition. The interior of the matrons cottage appears to be highly intact and includes evidence of the use by children, such as labelling shelves in a wardrobe.”

Over d-fence is a parody of Neighbours, Australia’s longest-running TV drama. Over d-fence takes you into…

Black Pioneers is an important new edition of With the White People, Henry Reynolds’ challenging account of…

In the heart of central Australia, the town of Alice Springs has become something of a haven for Lesbians – a… 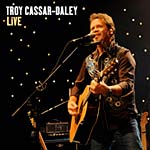