Katoomba had many names before, often suggesting who inhabited this place at that particular time (e.g. “Collett’s Swamp”). When the railway line was built in 1874 Katoomba became known as “The Crushers”, referring to a quarry that operated nearby.

In 1877 this name was replaced with Katoomba, which is said to be of Aboriginal origin. It is a name known also as Kedoombar (or Go Doom Ba, Arcartoomba, Goodomabah), derived from the Gundungurra Aboriginal people. However, what it exactly means is not quite clear. Most commonly it is said to mean “falling waters” or “falling together of many waters” and probably not only for the Katoomba site, but also other places in the Blue Mountains area where water drained into the valleys.

Newer research suggests that the Gundungurra site of Katoomba is actually 15 kilometres away from the present township and that the word “Katoomba” refers to an edible fern species rather than to falling water (Jim Smith, Macquarie University). Katoomba. While the Aboriginal name is disputable, "falling waters" are abundant, especially in winter.

The Koomurri Aboriginal Centre offers live performances (some of which are interactive), a gallery and showcases artefacts from all over Australia.

The centre is located close to the Three Sisters at Echo Point. It is open 7 days from 9am to 5pm.

Katoomba is best visited by car since you are then free to drive to the less beaten tracks. If you cannot use a car, take the first train from Central Station in Sydney. It leaves around 8am, but it’s very worthwhile the early start. You’ll be in Katoomba around two hours later.

The Gully, also known as Catalina Park or Frank Walford Park, is the largest Aboriginal Place in New South Wales, albeit with a sad history.

Check out these Katoomba walking tracks which I’ve walked personally.

Get all the tips you need to discover the less beaten tracks and get away from the crowds. Quigley Down Under
by Soundtracks of Aboriginal movies 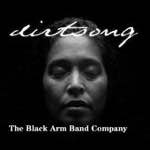 The Last Wave tells the story of young tax lawyer, David Burton, who takes on the defence of five city…