Sydney was named after Sydney Cove, on which the city is located, which in turn was named after Thomas Townshend, the First Viscount Sydney of England; the port is called Port Jackson.

Check out the guide to Aboriginal Sydney. Sydney is home to one of the largest open-air art galleries in the world, says Jenny Munro, Chairperson of the Metropolitan Local Aboriginal Land Council. More than 5,500 rock engraving sites have been identified in the greater Sydney region so far [1], well over 600 of which are in the inner area of Sydney.

Before the invasion Sydney was home to at least 1,500 Eora and Ku-Ring-Gai people, whose traces are left in the greater Sydney area. While many traces were destroyed by the extending city some remain accessible and provide an insight into a culture at least 50,000 years old. It is assumed that Aboriginal people adapted to the changing coastline when it was 12km further to the east at the end of the ice age, 20,000 years ago.

The evidence of Aboriginal occupation of Sydney’s area is still visible:

Many Aboriginal sites are not signposted, known only to the very interested people.

Today, Sydney's Aboriginal communities take great pride in being able to demonstrate that, in spite of such a violent history of dispossession, they have survived.—Melinda Hinkson in 'Aboriginal Sydney'

The excellent book Aboriginal Sydney is a
guide to 50 “important places of the past and present” and provides details for each site on how to get there, a description and historic background information.

Lonely Planet’s Aboriginal Australia has around 20 pages on New South Wales and its Aboriginal history, some 11 of which are dedicated to Sydney with a large section on galleries, museums and shops.

The City of Sydney published a booklet called Barani / Barrabugu (Yesterday / Tomorrow), a first-ever comprehensive cultural map of more than 60 sites significant to the Aboriginal community.The free booklet also describes several walks, along with suggestions for cultural institutions and organisations to visit.

Barangaroo Reserve is a headland park on the former container port north-west of Sydney’s CBD.

Discover Aboriginal sites in Sydney. You can visit most of them with public transport.

What Do We Want? A Political History of Aboriginal Land Rights in NSW 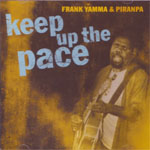 Keep Up The Pace
by Frank Yamma

This Is What We Said 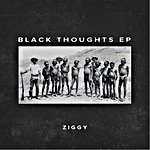