The topography of the six-hectare parkland was inspired by the shape of the 1836 shoreline, which was cut away over time to make way for wharves and docking activities. The reserve lets visitors get up close to the water of the harbour.

The park includes a cultural centre, bike and walking paths. There are lookouts, grassed areas, and a natural amphitheatre. The reserve also includes tidal rock pools created from sandstone excavated from Barangaroo and a cultural centre, known as the Cutaway, built inside the headland.

“Phallic” shaped boulders, arranged in a Stonehenge-style at the northwestern tip of the ­Headland Park, stirred Aboriginal elders a few months before the opening. They claimed these boulders undermined the sacredness of the precinct that is supposed to pay homage to women and the Aboriginal matriarchy.

“We want to pay homage to the fact that we are a matriarchally driven culture and we never had it that it was men ruling the majority,” said Nathan Moran, chief executive of the Metropolitan Local Aboriginal Land Council [1]

Five permanent rock engravings, known as petroglyphs, were added to the park in March 2017 for the Barangaroo Ngangamay (Barangaroo Dreaming) artwork project. The engravings were hand-carved into five sandstone rocks by male Elders Vic Simms, Steven Russell and Laurie Bimson using hand tools such as stones, mallets and chisels.

The reserve was named after Barangaroo, a powerful Cammeraygal Aboriginal woman, and the headstrong companion of cross-cultural Bennelong.

Barangaroo was a fisherwoman and an influential member of Sydney’s Aboriginal community in the late 1700s. For much of her lifetime, she controlled the precinct near Millers Point and Ballast Point.

She was known for her striking authority and was described by one early settler as having a “fierce and un-submissive character,” and while other Eora women donned clothes, Barangaroo refused, wearing only a slim bone through her nose even at the governor’s table.

‘Barangaroo’ was chosen for the name of the new waterfront precinct, formerly called East Darling Harbour, after a state-wide naming competition in December 2014.

The Metropolitan Local Aboriginal Land Council is lobbying for a statue of Barangaroo at the site.

Where exactly is the new park?

The park is to the west of Millers Point and within walking distance of Circular Quay, Sydney Harbour Bridge and Wynyard Station. It is at the northern end of Barangaroo, where the precinct meets the inner-city Sydney suburb of Millers Point. The Barangaroo precinct has given Sydney 18 new place and road names.[2] More than 40% of all names at Barangaroo reference Aboriginal people and culture:

75,000
Number of native plants on the reserve.
83
Number of different species of trees and shrubs native to the Sydney region.
5.7ha
Size of the reserve. Total size of the Barangaroo precinct: 22 ha.

10,000
Number of sandstone blocks excavated from the sandstone on site. 6,500 were used to create the naturalistic foreshore.
18,000sqm
Size of the cultural facility.

The designer of the park, renowned US-based landscape architect Peter Walker, was also the man behind Manhattan’s 9/11 memorial.

Barangaroo Indigenous tours explain the history of the area and inform about Aboriginal culture. See www.barangaroo.com.

The best option is to walk or get public transport.

For the most scenic walking route, get off the train at Circular Quay. Head through the Argyle Cut and along Argyle Street to the reserve entrance at Argyle Place. Alternatively follow the harbourside walk from Circular Quay, under the Sydney Harbour Bridge to Walsh Bay and enter the reserve at Towns Place.

From Town Hall station, take Kent Street, via Margaret Street and enter the reserve at either Argyle Place or Towns Place.

From Wynyard station you can walk underground via the Wynyard Walk Tunnel.

The 1970s saw the battle for Aboriginal people’s struggles for recognition of their postcolonial rights.…

Voices of the First Day

Australian Aboriginal people have lived in harmony with the earth for perhaps as long as 100,000 years; in… 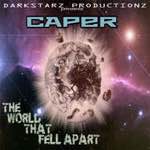 The World That Fell Apart
by Caper