Bungaree Reserve is the name for the terraced garden on the corner of Rose Bay Avenue and New South Head Road, Rose Bay. It was officially renamed on 26 July 2010 by the Mayor of Woollahra, and a commemorative plaque has been placed in the reserve. 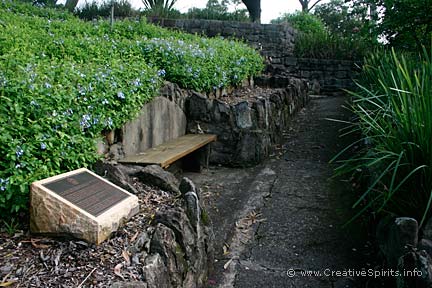 Bungaree was a well-known Aboriginal man who lived in Sydney until his death in 1830 and was buried in Rose Bay. The location of his burial place however has been lost.

Bungaree is one of the best known and discussed Aboriginal people of the early 19th Century. His voyages with Matthew Flinders, including the circumnavigation of Australia in HMS Investigator, and with Phillip Parker King’s exploration of north-west Australia, gave him great standing and led to him being acknowledged as the leader of township Aboriginal people.

According to historians, Bungaree was witty, intelligent and a diplomat who used his skills to get what he wanted and was able to straddle both black and white societies. He would dress in cast-off European military clothes and his flamboyant costume, good nature and elaborate manners set him apart from other Aborigines living on the fringes of the British settlement.

He was also the first Aborigine to be appointed a ‘chief’ by Governor Macquarie, mediating between the government and his own colony. He was often referred to as ‘King of Port Jackson’ or ‘Chief of the Broken Bay Tribe’.

Bungaree died on 27 November 1830 and was buried in Rose Bay next to one of his wives, probably Matora. The Sydney Gazette on that day ran a large report of his death part of which read “…he will be interred at Rose Bay, beside the remains of his late Queen, this day”.

How to get to Bungaree Reserve

From the city catch a 324 or 325 bus. During peak hours you can also take the 323 bus. Ask the drive to tell you when he reaches Rose Bay Police Station. Leave the bus there and cross the street. Bungaree Reserve is at the intersection of the road coming down from the hill and the main road where the bus travelled on. 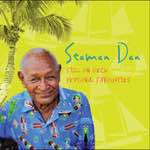