The Club houses Australian Hall, the venue of the Day of Mourning, a historic day for Aboriginal people’s struggle for equality. You can find the site at 150-152 Elizabeth Street.

In the 1920s and 1930s Aboriginal people had limited freedom - they were subject to laws that impacted on their ability to find jobs, get equal wages and buy property. These issues united groups like the Aboriginal Protection Board and Aboriginal Advancement League.

On 26 January 1938 - Australia Day - over 100 members and others from NSW, Victoria and Queensland walked to Australian Hall to mark the first Day of Mourning. Many risked their jobs and even prison to make their voice heard.

This was not only the first national Aboriginal protest action but also the first time Aboriginal people identified issues affecting their lives and proposed recommendations for addressing these issues through government action.

The protest had a lasting impact on national Aboriginal policy reforms, playing a major role in the constitutional amendments of the May 1967 referendum, nearly 30 years later.

In 2008 the Cyprus Hellene Club was awarded Australia’s highest heritage honour with inclusion in the National Heritage List [1].

“I want them to feel guilty every day”

Wiradjuri woman Jenny Munro remembers how the Day of Mourning came about. She also holds a strong view how white people should feel about it. [2]

“The decision to make what white people call ‘Australia Day’, the Day of Mourning was taken by our leaders on the 26th January Sesquicentenary Celebrations in 1938. They stated that the day represented ‘the 150th Anniversary of the Whitemen’s seizure of our country.’ Our people stood in silence at the Town Hall and waited for the parade to pass. Then they marched in silence from the Town Hall to the Australia Hall in Elizabeth Street. That’s where they held a conference and declared the 26th of January the Day of Mourning. They endorsed a manifesto of black rights, which was a ten-point plan drawn up to stop the continuing racism and oppression that generation was experiencing. The Day of Mourning has continued since then but within the last ten or fifteen years it has been diluted by what I consider to be conservative Aboriginal people…

“The date has always been acknowledged as a day of mourning and not a day of selling trinkets to tourists or making white people feel good about the crimes they’ve committed against our people. I want them to feel guilty every day and every night about the gross breeches of human rights that have been the norm in this country over the last 227 years.”

You can find more information on the site of the Australian Institute of Aboriginal and Torres Strait Islander Studies.

Fitzroy Stars: More Than a Game 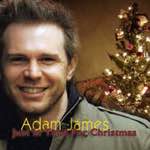 Just In Time for Christmas (Single)
by Adam James

Every Mother’s Son is Guilty

In Every Mother’s Son is Guilty, Chris Owen provides a compelling account of policing in the Kimberley…