Where the first flag was raised 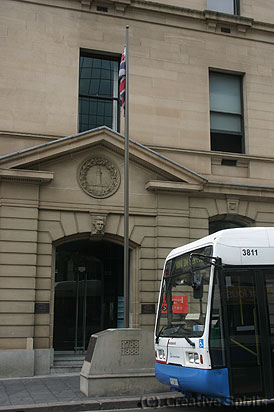 Loftus Street. Here the British flag was hoisted for the first time on 26th January 1788. Customs House in the background.

This is the site where on 26th January 1788 Captain Arthur Phillip and his men first saluted the flag, thus marking the foundation of Australia to some people, or the invasion of the continent to others. Hence this site has a disputable significance as either the site of Australia’s birthplace or the site of invasion.

This day has many different names: Australia Day, Survival Day, Invasion Day or Day of Mourning, depending on the perspective you take towards the events of this day.

The majority of Australians know this day as Australia Day, the day when the (British) flag was raised for the first time in Sydney Cove. Since 1994 all states and territories celebrate Australia Day together on the actual day. On this day ceremonies welcome new citizens or honour people who did a great service. On the fun side are barbeques, contests, parades, performances, fireworks and more. A National Australia Day Council, founded in 1979, views Australia Day as “a day to reflect on what we have achieved and what we can be proud of in our great nation,” and a “day for us to re-commit to making Australia an even better place for the generations to come”.

Other names this day had, in the sense just outlined, include Anniversary Day or Foundation Day.

In 1992 the first Survival Day concert was held. These concerts are often staged at places with great Aboriginal significance, for example La Perouse or Redfern. Indigenous and non-indigenous artists are playing music or dancing, there are arts and crafts stalls and you can buy food (also bush tucker).

Today this annual event is one of the biggest Aboriginal cultural events in Australia. In Sydney it is called Yabun which means “song with a beat” in the language of the Eora, the original people of the Sydney region.

The name Survival Day expresses the fact that Aboriginal culture is still strong and many Aboriginal people’s identities are positive and alive despite all what happened since colonisation.

From Circular Quay walk south into the northern end of Loftus Street. After a few metres on the left-hand pavement you come across a flag pole.

When an ancient Aboriginal burial ground is desecrated, a vengeful spirit from the Dreaming is released,… 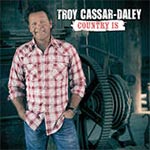 Country Is (Single)
by Troy Cassar-Daley

Conversations with the Mob

In 2002, Walkley Award-winning photojournalist Megan Lewis went to live with the Martu people – one of the… 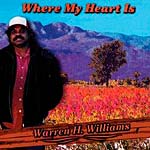 Where My Heart Is
by Warren H. Williams