The local Aboriginal people are addressed with the name “Nyoongar” but this name is - at least partly - wrong because it is the male form and doesn’t consider the female Aboriginals. Near the Round House the Aboriginals once used seeds of a bush which they ground to make damper, the typical Australian bush bread.

The northern side was “men’s business”, the southern was reserved for “women’s business”. Dreaming trails stretched along the river as far as Rottnest Island. These dated from a time when the island was part of the mainland. There are burial sites along these trails.

Now the dove is the link between those spirits under water and those on the land. If one of the spirits under water wanted to return to the land he united with a dolphin or whale and commenced a long journey (the animal’s migration). Finally, on his return, he beached himself and the Aboriginals would conduct a ceremony where the dolphin or whale would be cut. This freed the spirit.

A long time ago…

Nyoongar elder Neville Collard recalls the early interaction between Aboriginal people and Captain Fremantle [1].
“Along time ago this was our land and when the Nyoongars met with Captain Fremantle at the mouth of the Swan River they shook hands and the Nyoongars showed them where the water holes were and the food, and they even built mia-mias [temporary shelters] for the visitors to live in until they could erect their own homes.”

The reef at Point Walter, which enabled the Aboriginal men to cross the river for common ceremonies with the women, had been blown up by C.Y. O’Connor, a famous architect who built Fremantle’s harbour and railroad. He wanted the harbour to become navigable. Because the Aboriginals disagreed, they sang him to make him crazy. In fact, this worked, and one day O’Connor jumped with his horse from a cliff into the sea and died. (The History Museum, however, reports that he rode into the surf and shot himself.) 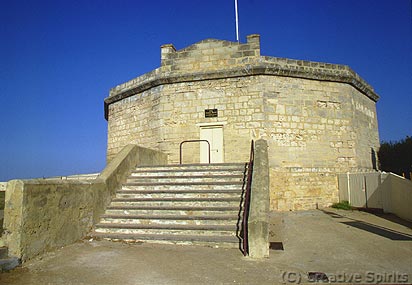 Fremantle. The Round House actually is an octagon.

Lots of history is also linked to the Round House, built in 1831. “The first permanent building was a gaol,” states a leaflet about this building. A sentence typical for Australia one might think! Located on Arthurs Head, the site was also of navigational significance.

The Round House, which actually is an octagon, served as lock-up for Aboriginal people. Yagan, a local legend, had been locked up here too before he was sent to Garden Island. Some claim that up to 60 people were locked in one cell, but this is hard to believe, as they are only 7 sqm “large”. The History Museum states that there were up to 43 people within the entire gaol which, to my mind, is more realistic.

Round House is the place where the first hanging took place in Western Australia.

In Esplanade Park there’s a rare example of a memorial, which shows both sides of a story. It has two plates:

One tells of “treacherous natives” who murdered three men, who were avenged by a “punitive party”. “Lest we forget”.

The other plate “was erected by people who found the monument ... offensive” because it doesn’t mention the Aboriginals’ right to “defend their land” and the “history of provocation which led to the explorers’ deaths. The ‘punitive party’ ... ended in the deaths of somewhere around twenty Aboriginal people.”

The Baldja Network, a group of local Fremantle Aboriginal people, fought for the recognition of the Aboriginal viewpoint which led to the erection of the plaque in April 1994. “Lest we forget”. Fremantle. Memorial in Esplanade Park. The lower plate which explains the Aboriginal viewpoint has been added significantly later. 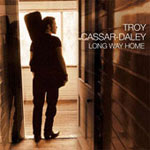 A true story of shipwreck and rescue, this remarkable narrative relates the ordeal of first-time author…