The Rainbow Serpent and Gabba Gabba

In the Dreaming, the Rainbow Serpent wandered through the land to wake all ancestors who still slept below the surface. She came from inland and headed towards the sea, leaving a track which is today known as the Murchison River.

At the coast she wanted to move on southwards. But there she met the evil spirit Gabba Gabba at Red Bluff. Quickly she turned and moved on to the north. With this hurry she created the steep cliffs which today stretch until Steep Point, Shark Bay.

There the Rainbow Serpent lay down to sleep, thus the waters there are particularly calm. But here in Kalbarri the influence of the evil spirit Gabba Gabba is still present, resulting in a lot of violence within the region.

When you stroll through the town you’ll probably notice that there are no Aboriginals. You’ll hear two explanations. A more ancient one is the story of the “Give-away Girl”.

If one Aboriginal tribe wants to maintain a good relationship with another, they usually present their greatest treasure to this tribe. In this case this was the youngest daughter of the group. But the elder of the befriended tribe already had enough wives and the young girl a secret boyfriend within her own tribe.

Hence both, the young girl and her boyfriend, decided to run away. Hunters were sent after them who eventually found and killed them. This started war between the two tribes in which all but a few Aboriginals were massacred.

The other interpretation of the lack of Aboriginals I heard from a tour guide. If you are an Aboriginal person this might offend you. He said that there are not so many Aboriginal people because there is no office to pay the dole in Kalbarri.

If you are travelling or living in Australia you might hear many more comments like the one from the tour guide. I’ve discovered that many Australians have preconceived opinions about Aboriginal people which they haven’t updated for years. Neither have they actually spoken to an Aboriginal person. 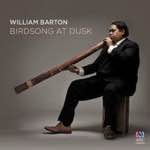 Birdsong at Dusk
by William Barton

Something Else (EP)
by Caper 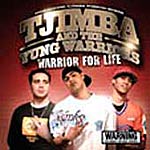 Warrior For Life
by Yung Warriors