Having seen the inland gorges you have only seen half of Kalbarri National Park. At the coast, about eight lookouts are easily accessible by car or bike and provide a dramatic experience of the sea and the coast, especially when the sea is rough.

Hike with a bike

If you cannot (or do not want to) do the trip by car you can book a one-way taxi service that takes you and your bike to Natural Bridge, the farthest of the cliffs. From there you can make your way back into town, stopping at as many cliffs as you like. But be careful, there are several ascents which require good condition.

Take at least two litres of water and some food with you. A big nuisance are the flies which are really interested in the fluids of eyes, nose and mouth. Take a fly net or some repellent if you get bothered easily. 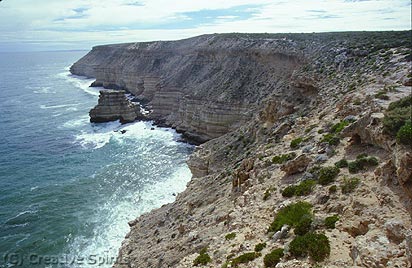 Kalbarri National Park. Feel the vibrations of these ancient rocks when the waves roar.

The more cliffs you see the more you might get bored because many just look alike. Don’t miss stepping down as close to the sea as you can, at Eagle Gorge. Here the sea fought with the ancient land when I was there and I had a distinct spiritual feeling.

Follow the path to the Rainbow Valley near Mushroom Rock. Here time seemed to stand still as these rocks exhaled timelessness.

Give Wittecarra Creek a miss, there’s nothing but a big puddle there. This is a lonesome place, and the historical importance doesn’t help much: Here the first permanent landing of whites happened 1629. Two sailors of the Batavia had been set ashore, and some years later there were reports of Aboriginal people with blue eyes… 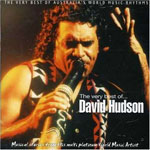 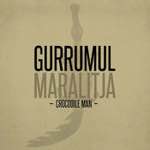 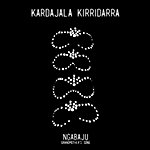