Once you have visited these places you’ll know where the English word “gorgeous” comes from.

The nearest of the gorges is 37km from town. Most organised tours take you to “The Loop” and “The Z Bend”. These are the closest spectacular sections of the total 80 kms-long gorge the Murchison River has carved into the sandstone.

You can reach The Loop from the adjacent car park with an easy 400-metre walk (not suitable for wheelies, however). Once you have made it, a spectacular view lets you hold your breath. The Murchison River is to your left, to your right and, far away, straight ahead of you, forming an 8-kilometre loop - hence the name.

An ancient visit from Sweden

As you step around you’ll probably notice some rippled surfaces which remind you of sand blown by the wind or formed by the waves. In fact that’s exactly it! 400 million years ago sand has been deposited here in layers on tidal flats. As time went by layer by layer was deposited, leaving each layer with a different colour. Sometimes you can even see traces of worms sheltering in the mud or animals crawling over it.

Your guide will almost certainly show you the traces of an prehistoric creature, evidence of which has been found also in Sweden. This sedimentary rock formation is called Tumblagooda sandstone. 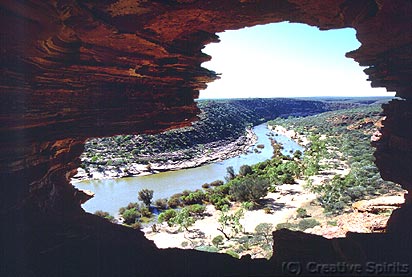 A few steps further you come to “Nature’s Window”, a rock where time and wind have gouged a hole. This is a popular spot for photography and most of the area’s brochures show this shot. Strong winds still work the rock, but the view through the “window” is a must!

Not far away from The Loop is the Z Bend, a section where (with a little imagination) the river forms a Z-shaped bend. But the Z is not so important. Much more interesting is the fact that you can step down from the viewpoint high above the river right down to the river itself. Many people have a swim here, but beware, the descent is steep! My guide told the story of an 18-year-old girl who broke her leg and had to wait 18 hours before being rescued from the gorge…

Once you are safely down you can wander around and explore the gorge, climbing over the rocks on the left hand side. But only tour guides know the secret passages which lead you deeper into the gorge and sometimes along dangerous overhangs. A very special thrill is the ascent back to the car park through a little gully. “Legend” tells that there was a time when this was impossible, because a narrow hole in the rocks where you have to squeeze yourself through had been blocked by rocks. A must for the adventurous!

Who wouldn’t agree that when we’re little our grandparents are super heroes who know and can do everthing.… 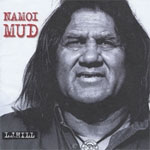 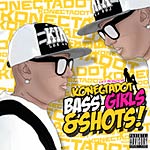 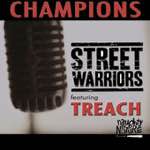