Origin of the name

The origin of Monkey Mia’s name is not really known. Some derive it from the schooner Monkey which supposedly anchored in Shark Bay in 1834 and the Aboriginal word mia for “house” or “home”, hence “Home of the Monkey”. But it is not sure that the Monkey ever anchored here! Another theory tells us that a pearling boat once had a monkey aboard as a mascot. Do you know another theory?

The Aboriginal name for the Shark Bay region is Catharrugudu, meaning ‘Two Bays’.

Shark Bay is actually no place on its own, but a region on the west coast of Australia. It comprises the town Denham and the tourist resort Monkey Mia as well as the Cape Péron National Park. 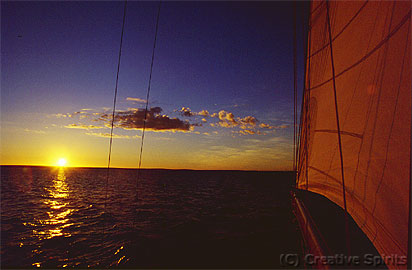 Monkey Mia and Shark Bay. Enjoy a sunset aboard one of the yachts.

From Denham you can explore an ancient Aboriginal fish trap or follow the Lagoon Point Walk Trail to Little Lagoon.

Learn why Birridas can get very expensive and read about the three phases of “Project Eden” which protects local fauna.

The Shell Beach Conservation Park not only offers a beach with no sand but also small stromatolites.

While everyone hustles to the dolphins I can offer a beautiful alternative which leads you back 1,000 years into Aboriginal history.

This Dutch ship replica anchored in Denham in 2000 on her way from Fremantle to Brisbane.

In 1954, aged three, Rhonda Collard-Spratt was taken from her Aboriginal family and placed on Carnarvon… 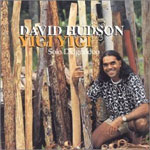