The park was named after a French naturalist, Francois Péron, who visited the area in 1801 and 1803 aboard the Geographe. He documented around 100,000 animal species, many of which were collected in Shark Bay. His work established him as the father of anthropology even before the time of Charles Darwin. Sadly, his fame never left his home country, France. Péron died at only 35 years of age.

Before this region was bought by the government in 1990 it was used as a sheep station and by pearlers. Today, many endangered species can be found here both inland and in the sea as both areas are protected. See Project Eden section further down.

The region of Shark Bay is very salty. This led to the development of many (mainly dry) evaporative salt pans, called birrida by the local Aboriginals. They were landlocked saline lakes when the sea levels were much higher than today. They range in size from small depressions about 100 metres in diameter to irregular shaped formations several kilometres long. Some of the birridas, like Little Lagoon, are connected to the sea by channels and receive seawater.

Several motorists try to take a short cut through these birridas (which indeed look very tempting), however almost all of them got bogged! Prepare to pay about A$600 for your vehicle to be rescued from the salty mud.

Notice how the vegetation changes from green to reddish or yellowish tones when you get close to a birrida. During high winter tides the groundwater level may rise to fill some of the birridas with a shallow level of water. 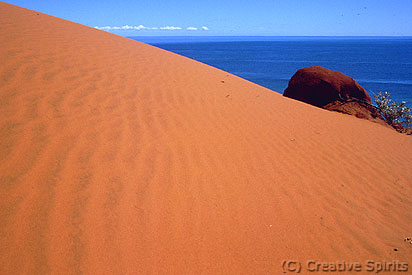 As whites settled in Australia, they introduced a lot of species from home, be it for transportation or draft work (like camels or horses), nourishment (like wild boar or cattle) or just for pleasure (like cats or rabbits). What the early settlers didn’t know was the impact these species would have on the indigenous Australian fauna.

Before the introduction of the newcomers, many native animals had no predator, so when predators came in, they wiped out many local species. While in 1616 as many as 20 mammal species populated what is now Péron National Park, only six remain today. The introduced species pose a big problem to contemporary Australian wildlife politics.

In an effort to rescue some of the endangered animals, Project Eden was founded in 1995.

The Project Eden area covers most of the Péron Peninsula, making it the biggest arid zone nature conservation project in Australia. The first phase was to separate the peninsula from the mainland to prevent introduced species entering the area. This was achieved by a two-metre high, three-kilometre long fence at the narrowest point of the peninsula near Shell Beach.

But there must be a hole in the fence for the road. So, how to prevent the animals just passing through the hole, sniggering to themselves? For larger animals a grid does the job (like you might have noticed while travelling in the outback) whereas the feral cats are deterred by records of barking dogs which are activated on each movement around the gate. This leads to each passing vehicle being barked at… Shark Bay. The fence that protects Eden. Note the movement detectors in the small middle pole.

Parallel to the establishment of the fence, bait is laid throughout the area to kill animals already within the national park.

The second phase comprises the reintroduction of native animals and started in September 1997/1999 and August 1998 for two selected species. Upon completion of this phase, the animals released will be the mala hare-wallaby, western barred bandicoot, greater stick-nest rat, Shark Bay mouse (cute one!), malleefowl and woylies. Special breeding enclosures guarantee undisturbed growth of some species, while others are collected from isolated regions or sanctuaries.

I’m not sure whether this phase will be good for the project as it is stated that it will “transform Péron into a major nature-based tourism attraction for Shark Bay”. Let’s hope they do a good job on it and keep the tourists’ impact to an absolute minimum. Hopefully we won’t get a “Péron Mia” here.

John Mawurndjul is one of Australia’s leading Aboriginal artists, if not the greatest of the… 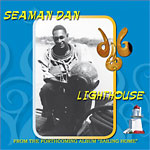 Tnorala is the Aboriginal name for Gosse’s Bluff, a dramatic meteorite impact crater set in a vast plain 175…

Confessions of a Headhunter

In Perth, there is a bronze statue of the Noongar resistance fighter Yagan, whose head was sent to England…