Known in the early days as “Freshwater Camp”, the place was surveyed by C. M. Denny, and he chose the name “Denham” for the town site (although one might assume that his name has something to do with it as well). He derived it from the adjacent Denham Sound, which was named after Captain Henry Mangles Denham, a Royal Navy hydrographer, in turn surveying part of Shark Bay aboard the HMS Herald in 1858.

Denham is quite far (130 km) from the Overlander Turnoff. It would be a nicer journey if the landscape changed, but it remains the same for each kilometre, uphill and down. So getting there is a bit boring.

However, Denham is a good base for your explorations of Shark Bay. If you’re not the touristy type you’ll love the accommodation which is located very centrally to everything and just opposite the beach. In fact, I was amazed to have to walk only 15 metres to the beach.

Denham is actually the westernmost town of Australia.

Mentioned only briefly in most brochures about Denham, there is an Aboriginal fish trap located south of the town. Before you set out to walk the two kilometres, inform yourself about the low tide of the day (for example at the CALM office on Knight Terrace). Calculate half to three quarters of an hour to walk along the shore.

Some of Australia’s fish traps are 5,000 years old, and they are the only real monuments left of Aboriginal existence. Elaborate laws connected with seasonal indicators, which showed when each tribe could use the traps and when they had to be left alone to enable the fish population to regenerate [1]. Aboriginal fish trap near Denham. The three-quarter circle once formed the trap.

Walk to the end of Knight Terrace, then follow the shore line. You’ll find the fish trap at a small cape where there is the first 4WD beach access south of town. Even at low tide the stones, which are arranged in a three-quarter circle, remain submerged. But it is obvious that they’re arranged and might have been used as a trap, as the water here is particularly calm. When it receded, fish could have been trapped within the stone wall.

At the information you can pick up a copy of the Lagoon Point Walk Trail. This is an easy half-day return walk which will take you through the typical landscape of the region and lead you to a rather large “little” lagoon!

The copy of the map is not very good as a major road is missing, making orientation difficult. If you want to start at the junction of Freycinet Street and Francis Road and you walk from Freycinet Street, mind that you have to turn right at the crossing just after the last house of the town.

The walk follows the shore line and here you can enjoy magnificent views on the water if the sea is calm. When you follow the mouth of the Little Lagoon you eventually come to the lagoon itself. You’ll be surprised of its size! There are BBQ facilities and you’ll almost certainly find a bunch of fishers trying their luck.

Be sure to carry enough water, something to eat and a hat with you as there is no shade while you’re walking.

When you’ve read the section about Shell Beach you’ll probably know that the shells found there have been used for building houses. Well, this church located at 37 Hughes Street near the junction of Brockman Street has been built of “coquina shell block”. Take the time to go inside — it’s beautiful and cool.

Another building made out of shell blocks is The Old Pearler Restaurant on Knight Terrace.

Ruby Moonlight is a novel of the impact of colonisation in mid north South Australia around 1880.The main…

Albert Cutts is a tree feller. A fella who cuts down trees. Fog is a fox cub raised by a dingo. He’s called a… 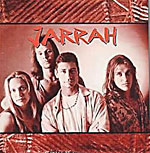