Perth got its name from the home of Sir George Murray, the Colonial Secretary, who was born in Perth, Scotland, and at that time represented Perth Shires in the House of Commons. It was the colony’s first Governor, James Stirling, who wanted to honour this man.

There’s so much literature out there which describes Perth! So don’t expect a comprehensive overview of it from me. What I can do, though, is share with you what I did there - maybe it’ll grab you! Perth. There are only a few skyscrapers in the Central Business District.

Come along with me on a tour to Point Walter and listen to an ancient story about the “Kissing Trees”.

A park for both romantic lovers and adventurous explorers. Did you know about the Aboriginal scarred tree?

Read where you can find this unique bird which adorns many of Perth’s official buildings.

There are many more than I can ever list, but try these for a start.

The Coolbaroo Club was an Aboriginal social club established to counter prejudice and segregation in post-war Perth. It operated between 1946 and 1960.

Made at the request of the Aboriginal people of Mornington Island, Lurugu was the first of five films made by… 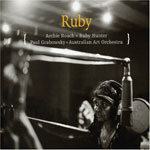 Dance Free is about a young Aboriginal girl struggling with an absent mother and an alcoholic father. She is…

Aboriginal football legends, Andrew McLeod and Michael Long, are at the centre of this lively and engaging…