Where to find Black Swans

The first settlers named their colony “Swan River Colony” because black swans lived on the riverbanks. Today 90,000 private water craft colonise the river but not a single black swan. They have all fled from the human noise and pollution. But they’re still around: I found them at Lake Monger.

Lake Monger is one of the opportunities closest to town to watch and photograph black swans. Take the train to Fremantle and exit at the second station from Perth, “West Leederville”. Turn north into Northwood St or Kimberley St and follow them until they turn into Monger Drive. You’ll need to climb and descend a steep hill to get there. On the other side of Monger Drive you can already see Lake Monger. 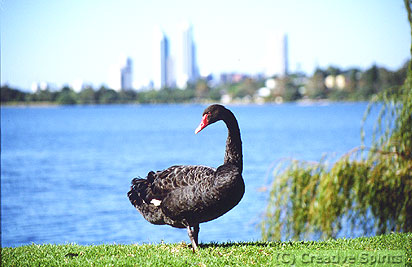 Perth. Black swan. Lake Monger and Perth's skyline are in the background.

You’d do best hiring a bike, but walking round the lake is possible as well and not too far. Most swans are on the southern end of the lake, but some can be found on the north end as well. Here you’ll have the better photo opportunities, as the swans can be captured with Perth’s skyline in the distance.

The black swan is unique. Its beak is red which makes an attractive colour combination. They prefer open waters as they need at least 20 metres to take off. The black swan is Western Australia’s bird emblem and it is said to be found as far north as the Kimberley region.

Perth’s Swan River was named by William de Vlamingh in 1697.

If you always waited for a comprehensive guide to Aboriginal Australia - here it is!While I used to say…

Songs from the Nullarbor
by Coloured Stone 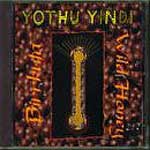