The Aboriginal people of the Perth area belong to the southwest region and are referred to by various names. The best known are Nyoongar, Nyungar, Noongar, Wajuk and Wudjari. However, the variations of “Nyoongar” appear to be wrong.

“As a nation we are not even Noongars, we are actually Bibbullmun. Bibbullmun is the mother earth, the dirt we walk on, Nyoongahs are the males, Yorgahs are the females, Koolungahs are the children,” explains Aboriginal elder and Bibbullmun cultural researcher, Toogarr Morrison [1]. “Bibbullmun is a nation of 23 States with each State having four skin groups.”

The country along the Swan River was rich and allowed a high density of Aboriginal people.

The climate in winter (makuru) is cool and moist and the Aboriginal people adapted to it by wearing kangaroo skin cloaks and building weatherproof huts (when they stayed longer).

Crows were sacred to the Nyoongar people and known as ‘wardang’. “In tribal times, a Nyoongar man with special powers was able to turn himself into a Wardang, so it’s a very sacred bird,” explains Aboriginal elder Richard Wilkes [2].

According to Mr Wilkes tribal leaders incarcerated on Wajemup (Rottnest Island) in the 19th century were able to use that power.

“These men used to turn themselves into a Wardang to come back from Rottnest Island, from the penal colony over there, and also Nyoongar people likened themselves to the crow in reincarnation.”

It was not before 1825 that the Nyoongar of the Perth area had contact with white people. A military base was established in King George Sound and the Swan River area was subsequently colonised. The area that was occupied by the settlers had a great ceremonial and economic significance to the Nyoongar, and the spreading of the settlers led in 1834 to the “Battle of Pinjarra” in which a lot of Aboriginal people were murdered.

Aboriginal resistance was led in the early 1830s by people like Yagan and Calyute. The whites tried to break their war by imprisoning them on Rottnest Island or sending them to remote missions like Moore River (which became famous through the blockbuster Rabbit-proof Fence) and Carrolup.

Yagan has the status of a warrior patriot and an Australian folk hero among many Indigenous people [3].

Fact The former office of the ‘Chief Protector of Aborigines’, where Western Australia’s Stolen Generations were created, is located at 176 Wellington Street in Perth’s CBD [4], close to St Marys Cathedral.

An East Perth dance club—the Coolbaroo Club—was run by the Nyoongar Aboriginal community, for all Aboriginal people and their (few) white supporters between 1946 and 1960. Aboriginal people, excluded from white social clubs and venues, began organising their own dances.

Read more about the Coolbaroo Club.

In 1994 Aboriginal elder Ken Colbung discovered Yagan’s head in a cemetery in Liverpool, England. Ensign Dale, one of the first Europeans to explore the Swan River area, had taken his remains from the Swan River in 1833 [5]. Three years later it was exhumed and returned to the pathology centre in WA [6].

On 10 July 2010 Yagan’s skull was laid to rest in the Swan Valley, north-east of Perth [6]. The ceremony also marked the opening of the Yagan Memorial Park. It was the first time the Nyoongar community had a chance to commemorate Yagan since its return from England on 1 September 1997.

The reburial took place at Belhus, at a site on Lot 39 West Swan Road, where it is believed Yagan was killed in 1833. It helped lay to rest community concerns that the warrior’s spirit could not rest while his head was separated from the rest of his body.

The park is thought to be a place for reflection on Yagan and all other Aboriginal people who died defending their country. It contains a walled walk-through featuring art by Nyoongar artist Sandra Hill and Murri artist Jenny Dawson, who have depicted life in the Derbarl Yerrigan (Swan River region) before and after invasion [3].

There are long-term plans for a Nyoongar museum, cultural centre or keeping place at the Yagan reburial site [6] to present the full history of the story of the settlement of the Swan River Colony in 1829.

We went through all the evidence that we could find to actually locate the exact spot where he was killed and buried.—Nyoongar Elder Richard Wilkes, Yagan Reburial Committee Chairman [6]

You can visit the statue of Yagan on the west end of the south island of Herrison Island, also known as Kakaroomup.

Map: Belhus, Western Australia is the presumed location of Yagan’s murder, about 30 kms north-west of Perth.

“The death of Yagan on 11 July 1833 marked the end of an era in colonial-Aboriginal relations in Western Australia, and the beginning of a century-long holocaust for the Aboriginal population of WA and other Australian states.

Relations between the colonists and the Nyoongar community around the Perth region were relatively peaceful for the first two years of settlement, but inevitably the encroachment on land and the consequence of displaced food sources led to conflict.

Yagan was thought to be in his early to mid-30s when the colony was founded in June 1829, and stood out amongst the community.

He was described by the Scottish settler Robert Lyon as the ‘Wallace’ of his people, a reference to the 13th Century Scottish folk hero William Wallace.

The Nyoongar warrior did his best to lead cordial relations with the British settlers, but conflict required a legal Nyoongar response, which resulted in a spiral of violence and death as both sides accused each other of atrocities.

The deaths of Yagan’s brother and uncle led to reprisal killings under Nyoongar law, leading the government of the day to place a price of 30 pounds on Yagan’s head, dead or alive.

About two months before he was shot by settler William Keats, Yagan had stated to another settler, George Moore, that he would kill three settlers in revenge for the death of his father Midgegooroo who was executed by firing squad earlier that year.

Despite the reward on his head, Yagan went about his business unmolested by most of the settlers because they feared reprisals from the Nyoongars if he was captured or killed on their properties.

When Yagan was killed, the population of Perth was living with the fear that an Aboriginal uprising could drive them back into the sea, and it was this fear that was the catalyst for the attack on a large group of Nyoongars at Pinjarra in October 1834.

It was the beginning of a 100-year era of oppression for the Aboriginal population of WA as successive governments sought control by detention and any means at their disposal, turning a proud tribal society into refugees in their own lands.

It is time now for all Australians to celebrate the heroic status of Yagan and all Aboriginal patriots who stood up against the laws and the guns of the colonials.” [7] Old Swan Brewery site viewed from Kings Park. The local Noongar Aboriginal people did not stand a chance against the WA government when they opposed the site's redevelopment.

An important site for the Indigenous people is the former Swan Brewery, a place attributed to Waugal (or Wagyl, Wagal, Wagul, Uocol), a Dreamtime ancestor who formed the bed and hills of the Swan River. The Swan Brewery is believed to be built on a sacred site known as Goonininup.

Built in the 1890s the brewery ended production in 1966 and the site remained vacant for several decades. When plans were made for its redevelopment, the plans were discussed heavily not only between white institutions (such as the state government and the WA Museum) but also between Aboriginal groups. Robert Bropho, a Nyoongar leader, even took the WA government to the High Court and won his case. The High Court’s ruling said that the site was not exempt from the Aboriginal Heritage Act.

Regardless, WA Premier Carmen Lawrence decided to push through with development and in 1992 the site was redeveloped. The decision sparked long and violent protests of both Aboriginal people and their white supporters. In an unusual move unions of the construction, mining and energy workers went against the ALP government of that time and supported the Noongar people in placing work bans on any redevelopment activity [8]. Unmoved the WA government went ahead and redeveloped the site.

Yaluritja (Clarrie Isaacs) protested against development at the site in a weekly vigil from 1987 for 16 years right until a few days before his death aged 55 in November 2003 [9]. A park bench has been painted in Aboriginal colours honouring Yaluritja at the place of his vigil

Today the Old Swan Brewery site is a prime piece of real estate and houses a restaurant, offices and a gallery.

My father brought me here as a little boy in 1943 and he said the spirit of the ancient Waugal is till here and this is part of the Dreaming track.—Ben Taylor, Nyoongar Elder [9]

Inner-city Northbridge, just a few hundred metres north-west from the CBD, was and still is a traditional meeting place for Nyoongar Aboriginal people and the hub of Nyoongar social and political activity for the past 50 years.

For example, you’ll find the Aboriginal Advancement Council building in this area.

An Australian 1,2,3 of Animals 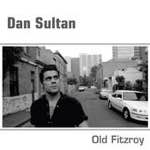 Against the backdrop of Australia’s tangled colonial and Aboriginal history, Putuparri and the Rainmakers…