When you want to explore the Swan River and its Aboriginal heritage check with the tourist office if there is still a tour on offer. When I visited Perth it was operated by Captain Cook Cruises, however, this might have changed in the meantime.

From Perth harbour it takes 45 minutes by boat to reach Point Walter where one of the Aboriginal tours starts. On the way you can listen to the commentary, which explains some interesting facts about the Swan River.

Its average depth is only four metres because it has never been used for large ships like the Yarra River in Melbourne has. This fosters rich maritime life, proved instantly when we saw a dolphin and some jellyfish. On the way we passed quite a few yacht clubs and the “millionaire strip”, a stretch of land where a lot of wealthy people have their houses, with 8 bathrooms, spa, pool and tennis court - to be used six weeks a year!
Aboriginal history

The rivers of Perth are woven into the Dreaming stories of the local Aboriginal people, the Nyoongar. For them the Swan River is known as Derbarl Yerrigan. “Derbarl Yerrigan describes the Swan River and some elders have told me that it’s the place of the fresh water turtle, because the fresh water turtle was very important to us for medicine,” explains Barry McGuire, a Nyoongar leader [1]. Captain Cook Cruises really put some effort into the cruise. On the tour you can borrow a leaflet, which is beautifully made and tells you the Nyoongar Dreaming Story along with some facts about Nyoongar culture and the influence of the whitefellas. If you ask politely they’ll make a copy for you.

On our arrival at Point Walter everybody, especially the men, had to do a small “welcome ceremony” to tell the spirits that we’re there and they should look after us. This is the southern side of the river, which is normally off limits for men, but for a short period of time their presence is acceptable.

The ceremony consisted of us rubbing some river sand in our hands so it took on our smell. Then we threw it into the water and our guide told the spirits that we did not want to harm the land.

In the Nyoongar language “Point Walter” means “place of long white flowing hair”, which describes the sand bar and the white waves breaking on it. Men used the sand bar to cross the river when they met the women.

The Swan River is called “Derbal Yaragan”, which means “brackish place of the turtle”.

On our way the native plants growing on Point Walter were explained to us. We learned that leaves of the Peppermint Tree are good against a runny nose, seeds of Wattle Acacia are used for flour making and that the flower seeds of a small Banksia make perfect “bush bubble gum” due to its sweetness.

Then we had to sit down because our guide told us a story.

At a time when the ancestors still roamed through the land, a group of Aboriginals camped at Point Walter. To this group belonged a man and a woman who were in love. They were so much in love that it bothered the others. Finally the elders found out that something was wrong. The men and women gathered and found out that their love was forbidden by the law because their groups were too closely related.

So the severest punishment was decided for them: exclusion from the group. It would make it very hard for them to be integrated in any group ever again as everybody would know that they’d seriously broken the law.

But it still wasn’t severe enough for the women. They demanded the couple’s death. This was accepted and the group sang the two lovers for spirits to come and torment them. The two couldn’t stand this and committed suicide, right on the spot where we were sitting.

But their love was still strong. The tree next to the path was the man, the one behind the woman. And the branches of these two trees touched each other as if the couple kissed. That is why these two trees are called “Kissing Trees”.

At the end of the tour we said good-bye to the spirits of the land with a ceremony similar to the one before.

His wily, wise old grandma introduces Danny to the world of preparing for this natural disaster.Gran… 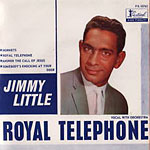 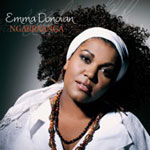