The name of the town is taken from Captain Peter Hedland of the cutter “Mystery”. He was examining the country in the vicinity and was later murdered by his Aboriginal crew.

The Aboriginal name of the town was Marrapikurrinya meaning “place of good water”. The original inhabitants were the Karriyarra people.

To visit or not to visit…

Two opinions of a town not many backpackers go to. But I found Port Hedland interesting enough for a 24-hour stay, and if you pass by you should stay at least for this amount of time. And maybe you discover that you want to stay on.

The tourist bureau strongly supports you to do so. In a response to this page, they invite you to stay “longer than a night” to check out what’s going on, from belly dance classes, local artist markets to music nights.

Check it out yourself and call the co-ordinator of the Courthouse Arts Centre and Gallery in 16 Edgar Street (9173 1064).

Port Hedland is situated on the eastern side of the Pilbara region, some 700 kilometres west of Broome. If you’re travelling along this way anyway, why not take a look at one of this region’s most important industries: iron ore. Port Hedland. View from the Observation Tower. Here everything's a bit reddish from the ore, even the cars.

A Waltz Through the Hills

In Wyanilling, Western Australia in 1954, 11-year-old Andy Dean and his 5-year-old sister, Sammy live at a…

Unfinished Business is a short film that chronicles the consequences of giving away an Aboriginal child, and… 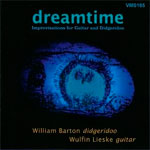 Dreamtime: Improvisations for Didgeridoo and Guitar
by William Barton 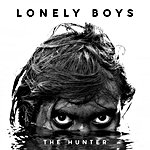 The Hunter (EP)
by Lonely Boys