To the Nyungar people the taller mountain overlooking York was called Walwalling (Place of weeping) and the lower hill Wongboral (sleeping woman). Long ago in the Dreamtime, the Hills People used to meet the Plains and Valley People at the foot of Walwalling for games and sports.

Wunding was a handsome young warrior of the Hills People who excelled in the skills of spear throwing etc. Lots of the young ladies had their eyes on him. However, Wilura, a beauti-ful young girl from the Valley People was the one he loved. In their family groupings this would have been a forbidden relationship. The two decided to ignore the taboo and they eloped together.

When it was discovered that Wilura was missing, the Valley People demanded the return of the young girl. The Hills People said they didn’t know where the young couple were. The Valley People didn’t believe this and they declared war.

The Hill People came down over the slopes outnumbering the challengers and a bloodthirsty battle ensued, with the Valley People doing badly. They called in their Muburum (wise man) and asked him to use his magic powers. He was able to change all the Hills fighting men into blackboy bushes. To this day you can see the wide band of grass trees where in the Dream-time the warriors from the hills were coming over the top of Walwalling and down the eastern slope, and they stand there still.

The Muburum then turned his powers on the two missing young people who had caused such bloodshed, and pronounced a curse on them. Their dead bodies were found later and his curse was that the man’s spirit would stay on Walwalling (Mt. Bakewell) and her spirit was sent to Wongboral (Mt. Brown) and that they would never meet again until the mountains crumbled together.

Reproduced with kind permission from the York Tourist Bureau.

Picture by Emily Winmar. The Avon River is represented by a Waugal-like image. The two concentric circles represent the two mountains. The shields, boomerangs and spears on the left represent the Hills People, the weapons on the right the Valley People. The four half circles are seated persons at the meeting place sitting round a camp fire before the battle. Picture published with kind permission by the artist.

When Jo Breen uses her divorce settlement to buy a neglected property in the Byron Bay hinterland, she is… 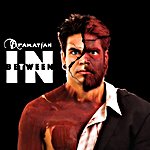 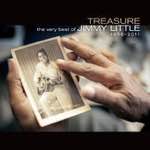 Possession: Contemporary life in remote Aboriginal Australia tells the fascinating story of the only treaties…